​Mike Miller - Owner/ Cat & Dog Specialist
Mike was born and raised in New Jersey, and has called North Carolina his home for the last 13 years. He studied and taught at Nash Grooming Academy. In 2010 he opened up Ruff Cuts first store front. He enjoys working with animals of all kinds.

Jimmy joined our team in 2018 and has since became a manager. He has been a groomer for over 13 years and he specializes in Terriers. He is from Philly and is a dad to a beautiful daughter named Iris.

Christy was born and raised in Wilson, North Carolina. She is a new mom to a beautiful little girl named Kanna. She is an animal lover of all kinds, and has several pets of her own. She has a passion for grooming poodles and doodles.  Christy has been a groomer for five years and joined our team in May of 2017.​​ 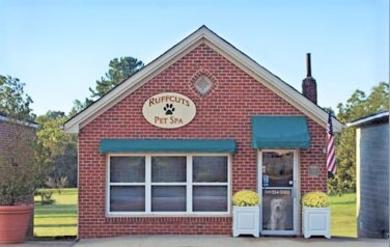 Megan is our newest groomer. She was born and raised in Baltimore, Maryland, but came to live in North Carolina in 2014. She joined our team June of 2018. Megan is a proud owner of three pit bulls named CoCo, Ragnar, and Krush. Megan has been a groomer for almost four years and she specializes in doodles and de-mating.

Krystal has lived in Franklinton, North Carolina for her whole life. She joined our team June of 2018 and we are happy to have her. She has her own pitbull named Tobi that stands alongside Moe as they secure Ruff Cuts together. Krystal is the face you see when you enter our Pet Spa and she strives to make your experience with us the best it can be!

Moe is our resident security guard, usually the first to arrive and the last to leave. Moe can be found lounging in front office by the door to greet everyone who comes in the door.